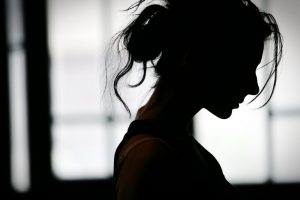 Jack Stern was awake . It was 5:30am . The sun had just started to appear on the horizon . Warm golden light filtered through the lace curtains and painted the naked body of his latest conquest . She was French . Exceptionally beautiful, a vibrant blonde, one whom any man would worship and have as his wife, but to Jack, she was just another toy, something to occupy his time for a brief moment or two and discard once he had lost interest . It was not that Jack mistreated or abused women, on the contrary, he had always handled them in the most chivalrous manner, attending to their every need in minute detail . The problem was that he could not warm to them . Everything that he did was mechanical, almost programmed, all as a result of his attitude to business and the ridiculous fashion in which he could make money . Floating on such immense wealth, all that he had to do was cast that line with nothing more than a look, a word and women were his . As Jack lay there contemplating, he was unaware that his recent catch, Michelle, was awake and beginning to play with his manly bait . As the waves of sexual pleasure spread through his body he began to think about the different forms of ecstasy and wondered if they possessed a common thread . Was spiritual and sexual ecstasy one and the same? He closed his eyes and focused his attention upon Michelle’s desire to start the day on a beautiful note .